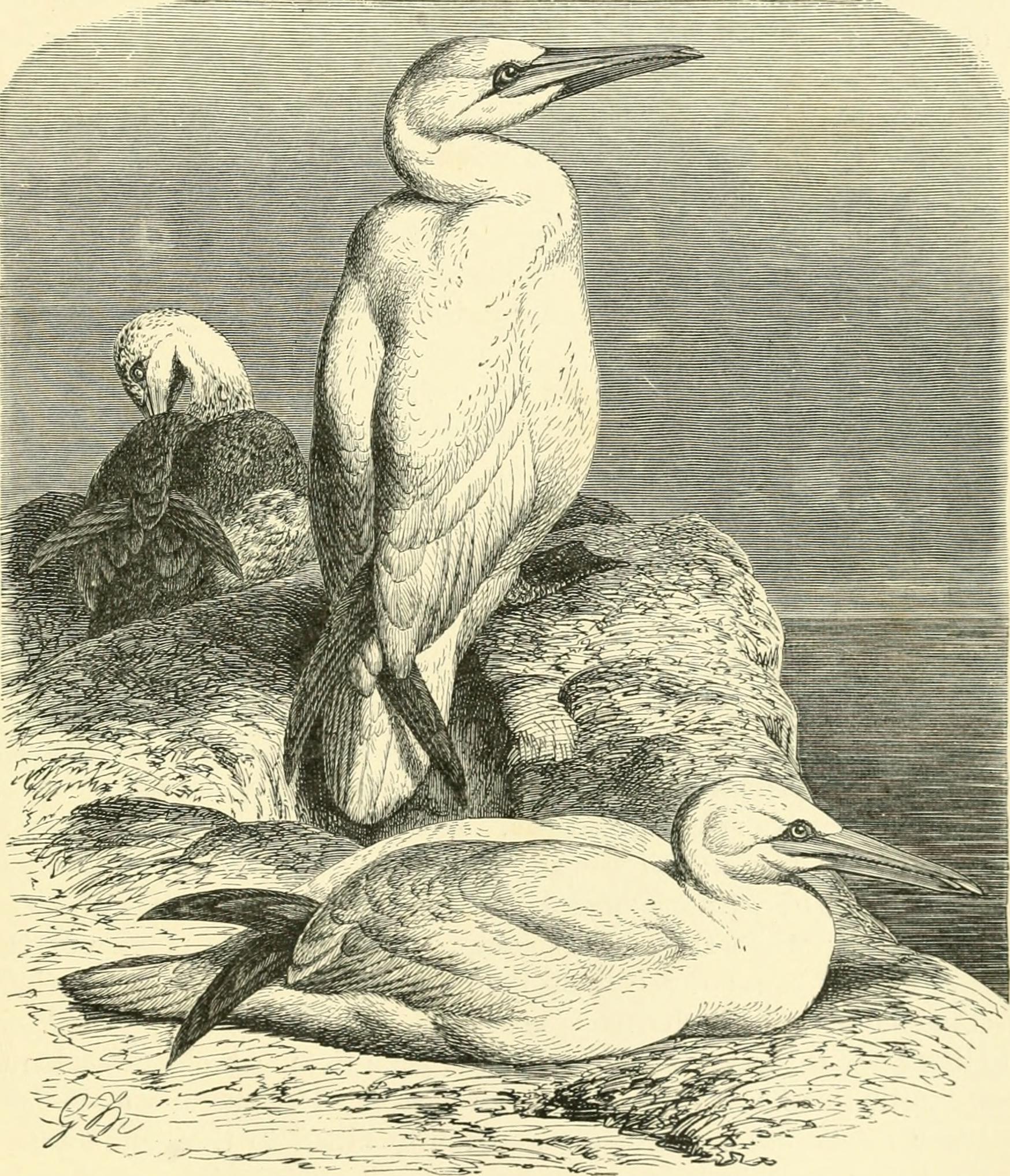 Text Appearing Before Image:
withwhite, while beneath it is mingled ashy and bufl\ Although occasionally driveninland by stress of weather, the gannet, like its congeners, is a coast-haunting bird,associating on certain clifls, such as the well-known Bass Rock, in countless swarms.Its range extends over the coasts of the Northern Hemisphere as far north aslatitude 70°, and as far south as the tropics; although the birds only frequent thesouthern portion of their habitat during the winter, and are but seldom seen at any GANNETS. 283 time in the Mediterranean. In Southern Africa, the place of this species is takenby the Cape gannet (*S. capensis), distinguished by its nearly black tail; and thegreater number of the representatives of the genus are inhabitants of the SouthernHemisphere. Although still breeding on the English coast at Lundy Island, it is onthe Scotch and Irish shores that the gannet is found in great numbers; the BassRock being, however, the only station on the eastern coast where these birds resort

Text Appearing After Image:
COMMON GANNET (¥ llllt. Size). for breeding. Gannets are also abundant in the Orkneys and Hebrides, and althoughless numerous on the Norwegian coasts, reappear in vast swarms on the shores ofNorth America. The gannets on the Bass Rock have been so frequently described,that it will be unnecessary to give any account of the wondrous scene here. Itmay be mentioned, however, that the birds usually assemble in March, althoughlaying does not generally commence till May: and some idea of the vast numbersof these birds may be obtained from the fact that formerly from fifteen hundred totwo thousand young have been taken in a season. The nest, which is generally some 284 STEGANOPODOUS BIRDS. six inches in height, is formed of a mass of seaweed and grass placed upon the barerock; and in this is laid a single o.^^, which is at first chalky white, with a faintblue tino-e. During incubation, the birds become so tame that they will allowthemselves to be handled: and it is somewhat curious, that on