Image from page 382 of “The pilgrims of Hawaii; their own story of their pilgrimage from New England and life work in the Sandwich Islands, now known as Hawaii;” (1918) – more Dolphins goodness curated by www.SardineRunPE.co.za 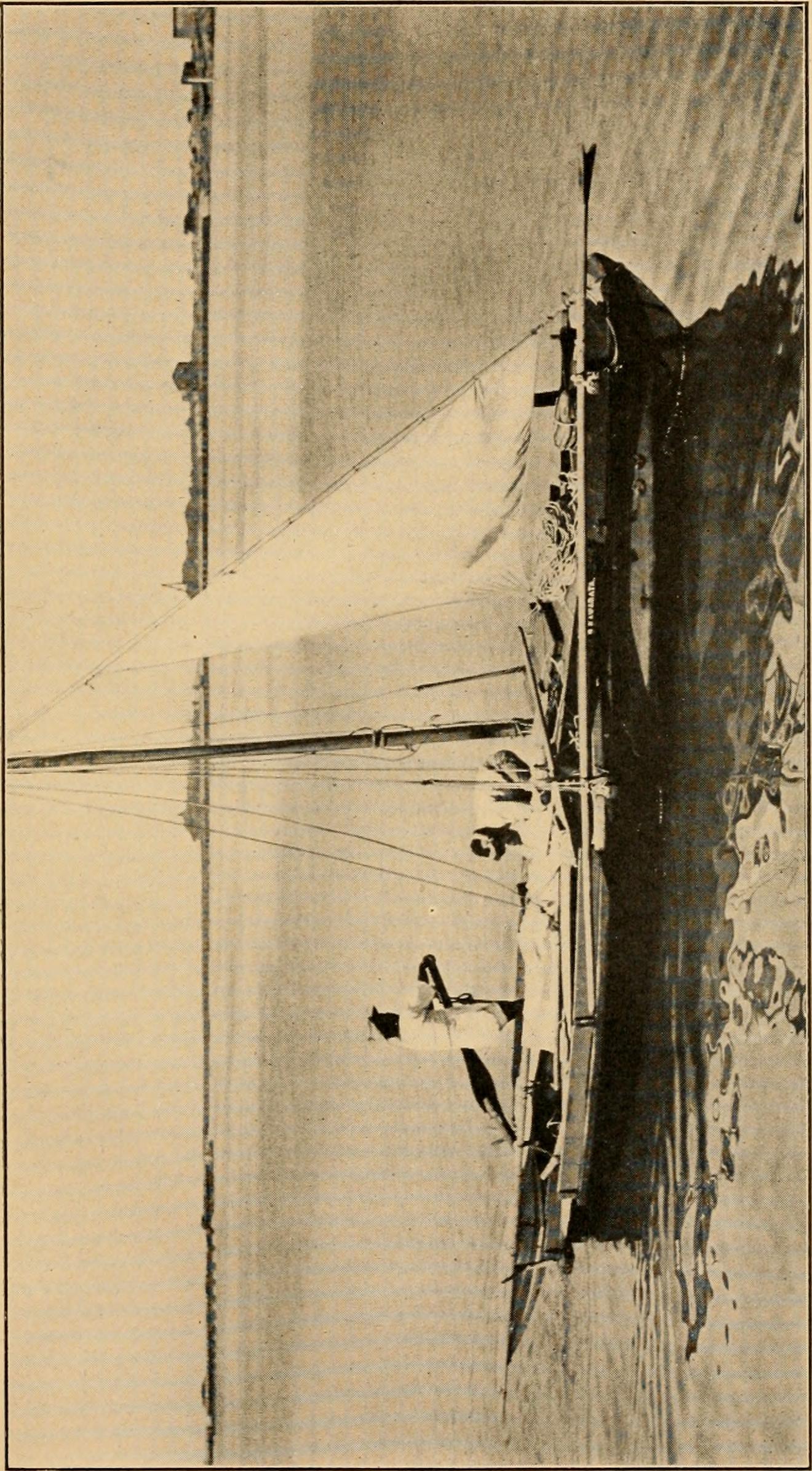 Text Appearing Before Image:
e-ously returned. Some notable exceptions to this rule,occuring in the first half of last century, arose fromthe inability of the commanders to allow that theHawaiians had any right to make laws which they werebound to respect. Such was the visit of the UnitedStates Schooner Dolphin, in 1826; and such were thevisits of the British frigate Carysfort, in 1843; and ofthe French ship-of-war, LArtemise, Captain Laplace,in 1839; and Poursuivante, Admiral Tromelin, in1849; which were all attended by high-handed attackson the dignity and peace of the Hawaiian Goverum-^nt. Home Fleet I^aturally, the king was the first ship owner of theislands and many were the glittering baits, in theshape of small sea craft, which he eagerly snapped upand for which he paid exorbitant prices. They weregenerally short lived. In 1837 the kings fleet con-sisted of the Kai, a full rigged brig, (formerly calledthe Don Quixote), and ten smaller vessels as attendants.When not on special duty these plied, irregularly,

Text Appearing After Image:
< COMMERCE, EARLY SHIPS 331 among the islands. ibTatives were all loyal subjects tothe king and were free passengers, the number beinglimited by the seating capacity of deck and cabin. Thepassengers provisioned themselves and, while food heldout, they did not mind how many days they were afloat.About 1840 it became the practice, at Dr. Judds sug-gestion, to make a charge for exclusive use of the cabin. The queen of her time was the new and beautifulroyal yacht, Kamehameha III, acquired in. 1846. Shehad high bulkwarks, a flush deck, a spacious cabinbelow, and six brass guns mounted in man-o-war style.She was carried off by the French in 1849, without rea-son or recompense. As the foreign population and its business needs in-creased, the inter-island schooners were greatly in-creased in number and sea-going ejfficiency. In 1848there were sixty-seven vessels having Hawaiian registry.To mention only one out of a number of those whichwere favorites of the travelling public, the Nettie M