Image from page 396 of “The Tanganyika problem; an account of the researches undertaken concerning the existence of marine animals in Central Africa” (1903) – more Marine Life goodness curated by www.SardineRunPE.co.za 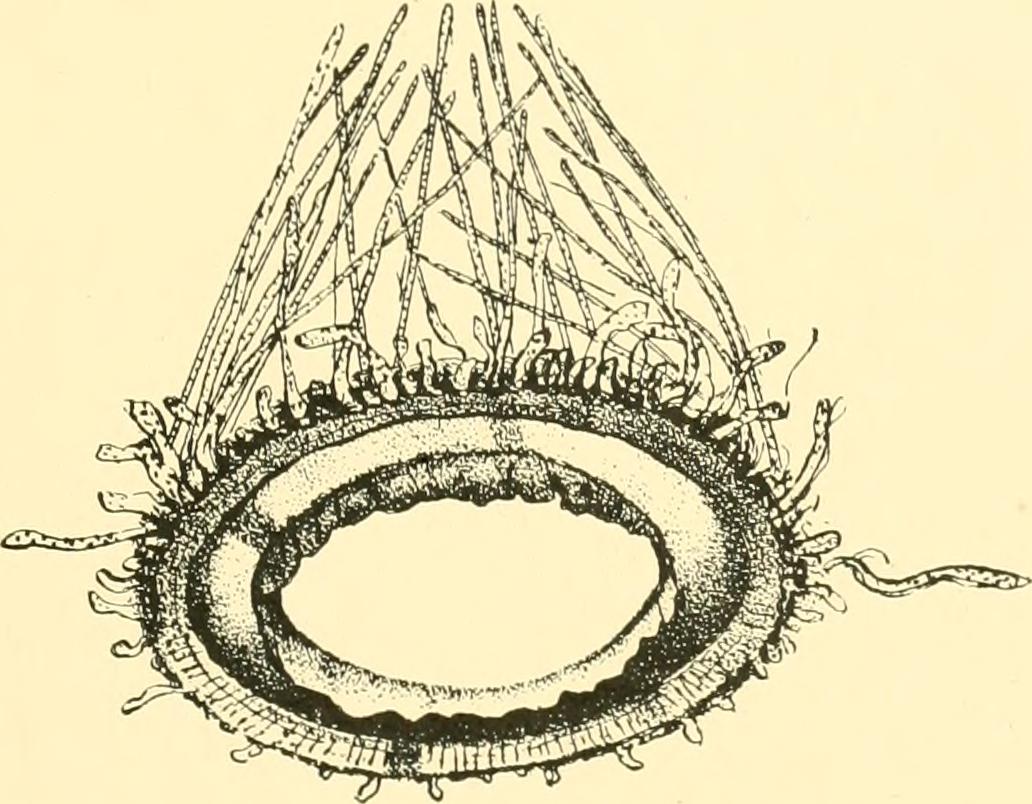 Text Appearing Before Image:
l to November,but it should be borne in mind that Tanganyika is so longthat the climate differs in the south from that of the north of * This is the form which mysteriously appeared and disappeared in the VictoriaKegia tanks in the Botanical Societys Gardens at Regents Park. It was describedby Professor Allman and Professor Ray Lankester. It may possibly have been introducedamong estuarine water plants from the rivers of South America ; but it has never beenrediscovered there, and it has now gone. THE TANGANYIKA PROBLEM. 301 the Lake. In the south there is a long dry season lastingfrom May to September, then a short wet season lasting forsome two or three weeks, then a spell of fine weather whichusually continues till about the end of November, when thegreat rains begin, and these finally terminate in a successionof heavy thunderstorms and furious nocturnal gales duringthe early days of May. In the north, that is in latitude 30 30south, the seasons are more equal ; the September rains

Text Appearing After Image:
Fig. 2.—Living sexual adult of the Tanganyikamedusa, showing the character of the manu-brium. begin sooner and last longer, while the long rains of thesouth are proportionately shortened, so that in this portionof the lake we really experience the true climate of theequator, where there are two short wet seasons and twoshort dry seasons, the rains occurring whenever the sunpasses overhead on its way north and south. The jelly fishes, however, do not differ in the phase oftheir life cycle in different parts of the lake, and conse-quently it is really incorrect to say that their metamorphosiscorresponds in any way directly with the seasons. 302 THE TANGANYIKA PROBLEM. If we examine the lake in April, we find that there arevery few medusae to be obtained ; in fact the natives, who,unlike most Europeans, take a considerable interest inthese matters, told me to begin with that there were none tobe found at this time of the year, but after I had captured alarge specimen myself, they infor