Image from page 401 of “The Tanganyika problem; an account of the researches undertaken concerning the existence of marine animals in Central Africa” (1903) – more Marine Life goodness curated by www.SardineRunPE.co.za 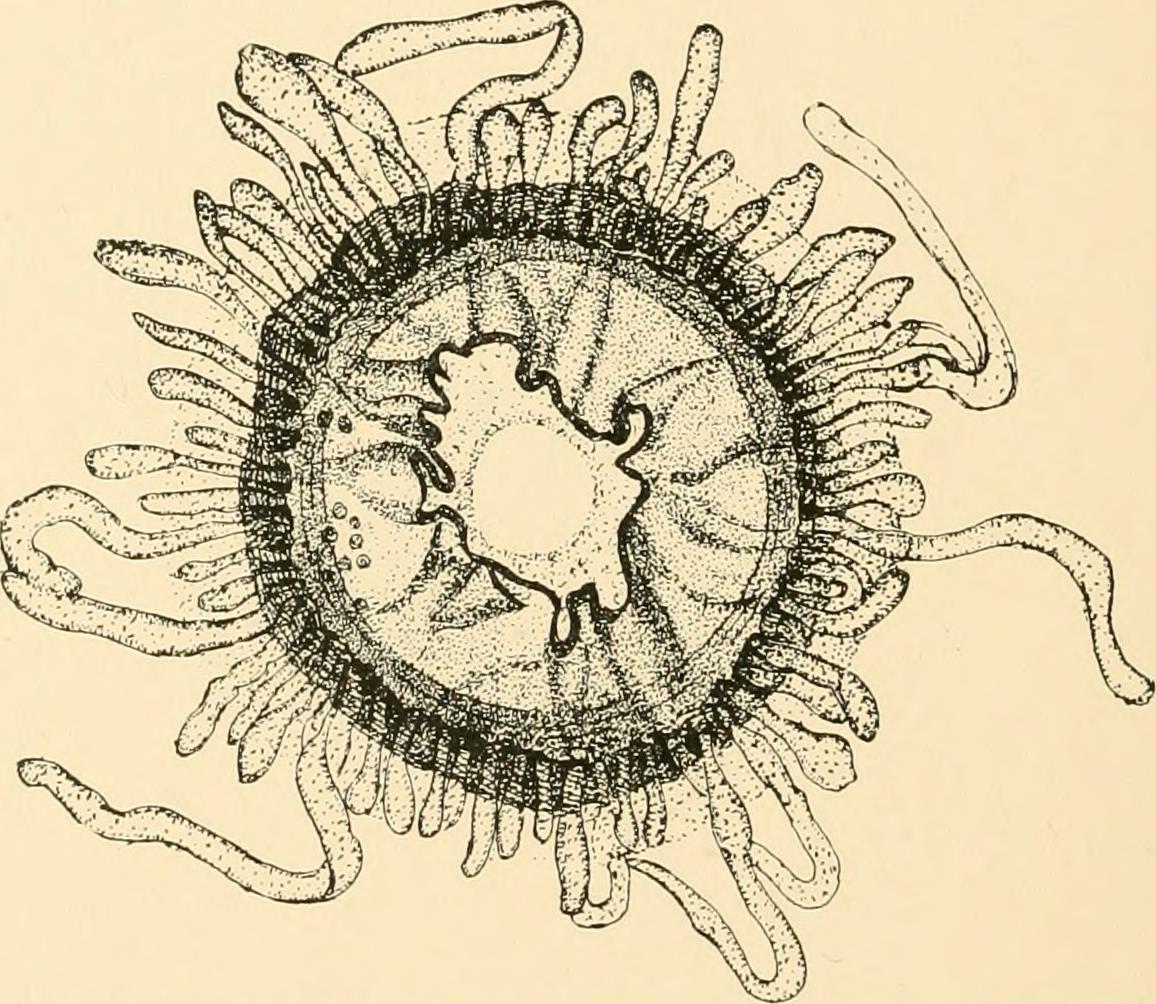 Text Appearing Before Image:
ith endo-derm. final stages of their evolution seems to be the same asthat witnessed in the case of the sessile buds. Returning now to the consideration of the life-history ofLimnocnida, it has been seen that at the end of the wetseason, that is in March, there are a few adult medusae inthe lake which are only to be found with great difficulty.Such individuals begin about this time to bud, asexually, inthe manner I have just described, and the buds thus formed,themselves produce buds, this process being repeatedthrough many generations, so that in June and July the lake 20 3°6 THE TANGANYIKA PROBLEM. swarms with medusae; vast shoals of them, as I found,extending for miles and miles, and containing individuals ofall sizes, but nearly all of them presenting manubriumswhich were covered with hundreds of minute developingbuds. On the other hand, as the season advanced, moreand more of the medusae encountered were not quite in thiscondition, and these distinguished individuals presented a

Text Appearing After Image:
Fig. 5.—Rather older asexual bud X Sh showing lens break-ing through the endoderm lining the base of the gastriccavity. To the left there are to be seen on the outer surfaceof the folded manubrium a group of a succeeding generationof asexual buds. very curious appearance indeed, many being almost, if notquite, destitute of manubrium. By an examination ofnumbers of individuals as the season advanced, I was soonled to the conclusion that this amanubriate condition wasproduced by the animals actually shedding the whole of theouter portion of the manubrium wall during the process ofcasting off their innumerable buds. Others again, duringthis period, were found with well-developed manubriums THE TANGANYIKA PROBLEM. 307 and had no buds. In such forms, however, sexual elementswere already being developed in the manubrium walls.Still later in the season the budding process came graduallyto an end, the lake swarmed with jelly fishes, and a largeproportion of them were still almost destitute