Image from page 441 of “General physiology; an outline of the science of life” (1899) – more Marine Life goodness curated by www.SardineRunPE.co.za 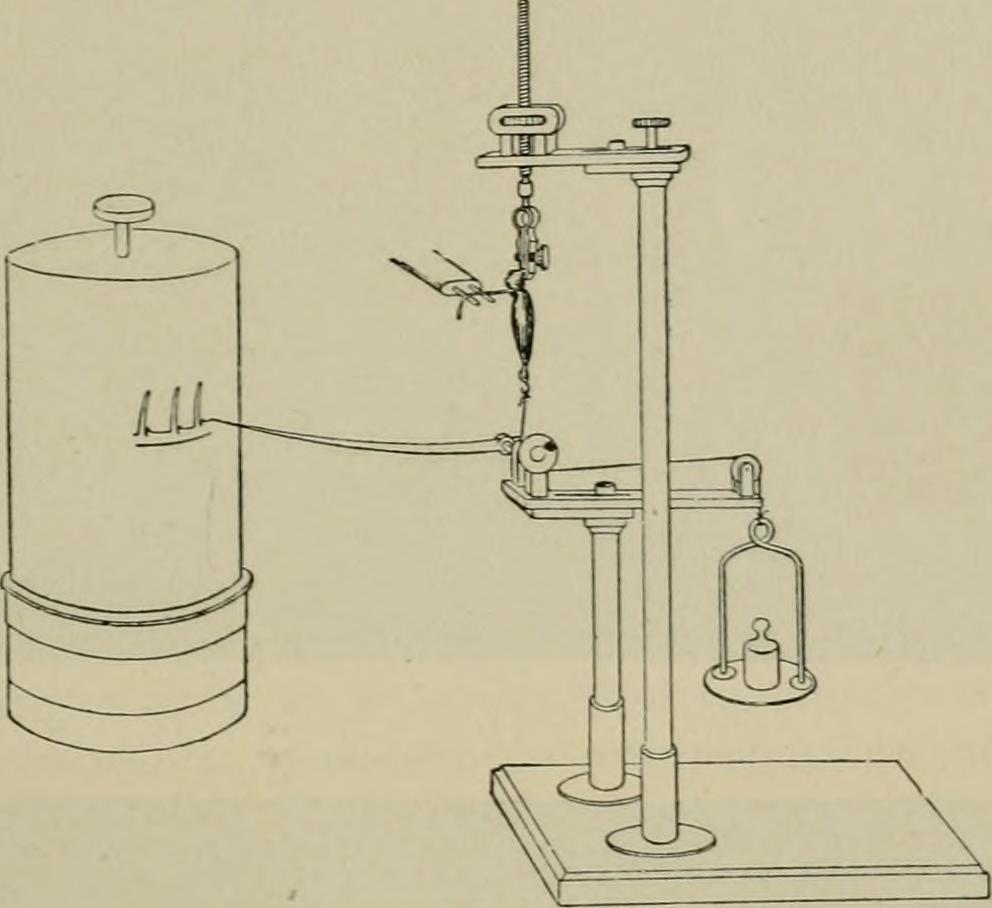 Text Appearing Before Image:
traction rises. Thus, with every succeeding stimulus the curveof shortening rises like steps and reaches a certain height, atwhich it is then maintained, still allowing the regular variations STIMULI AND THEIR ACTIONS 425 between the individual stimuli to be recognised clearly (Fig. 207,II). If induction-shocks be allowed to act upon the muscle inmore rapid succession, as they are produced in the secondary coilby the play of Neefs hammer, the effect of each single shock is nolonger to be distinguished as such, but a smooth curve results,which rises rather steeply and then, if the stimulation be not con-tinued too long, maintains itself at a uniform height as a straightline (Fig. 207, III). Thus, by increasing the rate of succession ofthe stimuli, it is possible to follow the formation of completetetanus from the completely finished single contractions throughall the transition-forms of incomplete tetanus, and thereby toafford the proof that, in reality, tetanus is a discontinuous con-

Text Appearing After Image:
Fig. 200.—Muscle-writer. The nerve-muscle preparation is fixed in the muscle-holder ; the nerveis stimulated by pointed platinum electrodes ; and the muscle records its movement upon arotating, blackened drum by means of a writing-lever. traction. All continued contractions that are performed in thehuman body under nervous influence are, like tetanus artificiallyproduced, discontinuous phenomena composed of many singlecontractions following one another in rapid succession. It should be mentioned that there are forms of living substancethat are not influenced at all by induction-shocks, either bysingle ones or by shocks succeeding one another rapidly or slowly,however strong they may be. Such objects are Orbitolites,Amphistegina, and other marine Bhizopoda. Their protoplasmrequires for reaction a longer duration of the stimulus than thelightning-like induction-shock possesses.1 As regards other excitation-effects of galvanic stimulation,mechanical motile effects are produced, not onl