Image from page 46 of “Sea-shore life; The invertebrates of the New York coast” (1905) – more Marine Life goodness curated by www.SardineRunPE.co.za 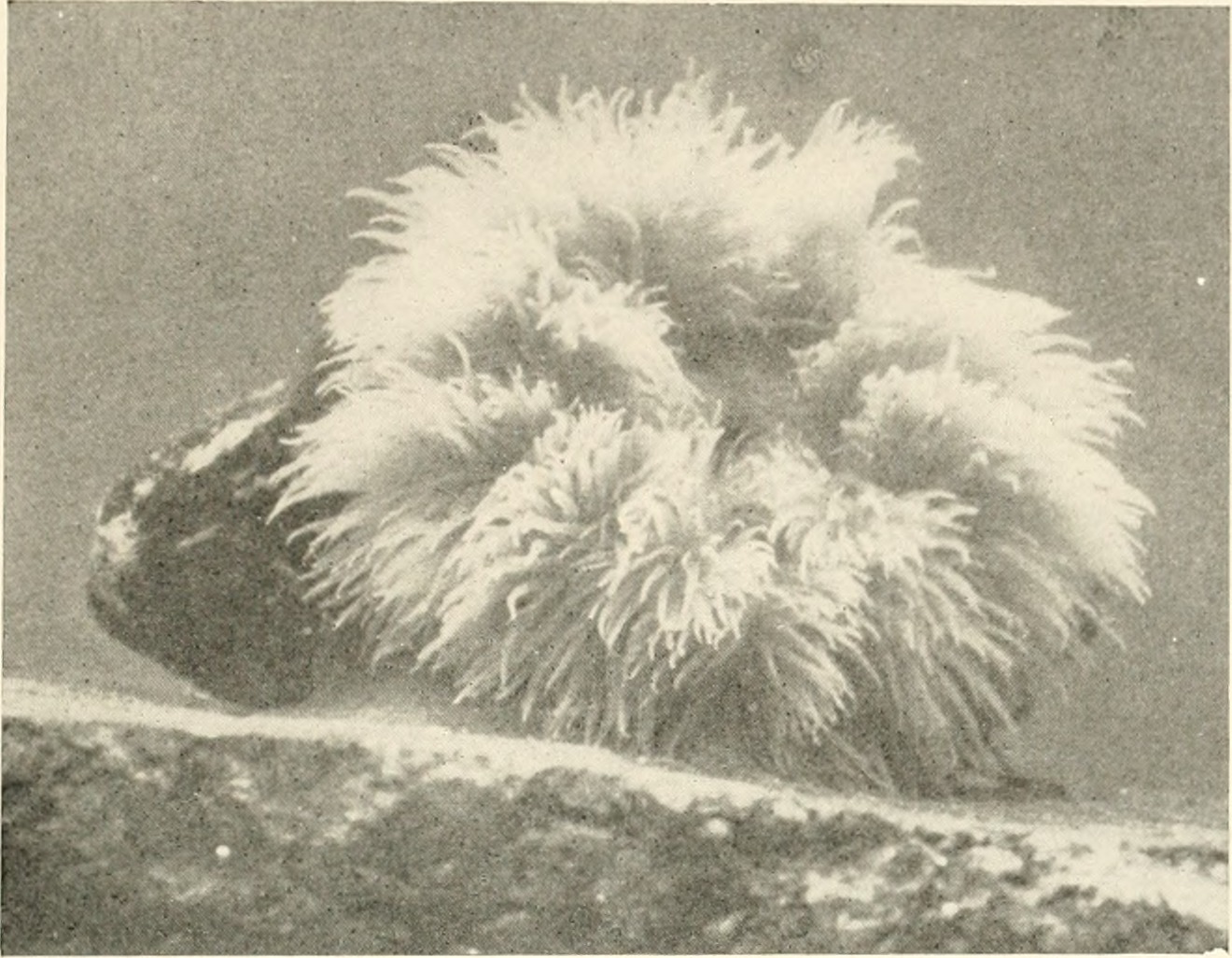 Text Appearing Before Image:
Fig. 18; FLESHY CORAL.Woods Roll, Mass. SEA ANEMONES AND CORALS 43 and the cluster increases by further budding from the bases of theolder polyps until it may be several inches in diameter. The Fleshy Coral, (Alcyoneioii carnentn, Fig. 18), is found fromthe eastern end of Long Island to the Gulf of St. Lawrence. It is

Text Appearing After Image:
Fig. ig; BKOWN SEA-ANEiMONE. Expaiuieil. From Life. rarely seen in shallow water but is common upon rocks at depthsgreater than 20 feet. When first brought up from the bottom itappears as an ugly, tough gelatinous mass covered with dullyellowish-pink finger-shaped processes. If placed in water, how-ever, the whole mass soon appears studded with beautiful star-shaped polyps, which expand so as to give the appearance of astump covered with delicate pink flow^ers. Each of these polyps has a terminal mouth surrounded l)yeight tentacles, the sides of which are hor^lered with rays givinga feathery appearance. The whole colony of polyps developsthrougli constant budding from the sides and bases of the olderparts of the colony. Alcyonaria or fleshy corals are extremely abundant in thetropical Pacific wdiere they often cover the reefs for acres in extentwith a tough, leathery-looking carpet studded Avilh eight-rayed 44 SEA-SHORE LIFE polyps. Others form hemispherical heads bearing beautiful st